This Trainable Robot Teaches Children How to…

How to change iPhone default email and…

This year is shaping up to be a busy one for the iPhone. Apple is rumored to be preparing a new low-cost iPhone, referred to as the 2020 iPhone SE, as well as four different iPhone 12 variants set for release in the fall. Read on as we round up all of the specs, features, and design details that we know about the iPhone 12 so far.

Update 4/14/2020: We’ve updated this roundup with new details on the iPhone 12 lineup, including design details, processor information, the LiDAR Scanner, and the potential for delays caused by COVID-19.

If you find yourself longing for the days of the iPhone 4, 2020 might be the year for you. We expect the iPhone 12 to mark the return to slab-sided design, with reports suggesting that the device will heavily resemble the iPhone 4. Reliable Apple analyst Ming-Chi Kuo has said this will come as part of a significant chassis redesign for the iPhone 12.

Kuo believes that the iPhone 12 will still feature curved glass edges around the display, like the iPhone 11. The analyst has referenced 2/2.5D glass in his various reporting on the 2020 iPhone lineup. Currently, the iPhone 11 Pro features a blended design between the glass of the display and the stainless steel edges. This differs from the iPhone 4, which was completely squared-off around the sides.

Apple’s return to a boxier industrial design theme with the iPhone 4 makes sense when you consider the design of the iPad Pro. In 2018, Apple redesigned the iPad Pro with a flat-sided body. This redesign has been very well-received by users, so it’s not surprising to see it inspire the iPhone 12.

As you can see, in those dummy units, the front-side of the iPhone 12 is expected to look nearly identical to the iPhone 11. There is, however, expected to be one change: a smaller notch. While Apple isn’t expected to remove the notch altogether, reports from Bloomberg and other sources have indicated that Apple will reduce the notch size this year.

But while Apple is planning four new iPhone 12 models for 2020, a report from Bloomberg has suggested that the new flat-edged design might only come to the iPhone 12 Pro models at the high-end. Again, this would make sense given what we’ve seen in the iPad lineup: the low-cost iPad has gone largely unchanged, while the iPad Pro features the latest and greatest design.

While we have a general idea of what the iPhone 12 will look like, additional rumors will likely shed more light on additional details as the fall release approaches.

For the first time ever, the entirety of Apple’s flagship iPhone lineup will sport OLED display technology this year. All four iPhone 12 models are expected to feature OLED screens, including the successor to the LCD-equipped iPhone 11.

What about display sizing? Reports suggest that Apple will shift the lineup slightly this year compared to the iPhone 11. Here’s what we know so far: 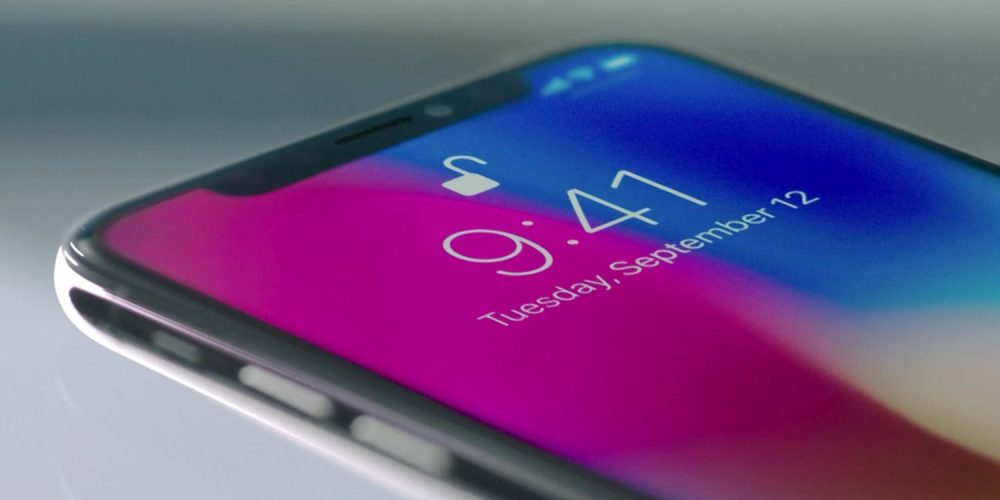 Other than OLED, this year’s iPhones are also rumored to feature 120Hz high refresh rate “ProMotion” displays. iPhones to date have included 60Hz displays, but Apple introduced 120Hz refresh rates to the iPad lineup in 2017. The refresh rate doubling dramatically improves the responsiveness of the user experience with gestures more quickly being translated into on-screen motion.

All in all, this may sound confusing, but the gist is: one smaller iPhone 12, two iPhone 12 models the same size as the iPhone 11, and one larger.

The 5.4-inch iPhone 12 will feature two cameras on the back. This will likely consist of ultra-wide and wide-angle lenses. The same setup is expected on the lower-end 6.1-inch iPhone 12. 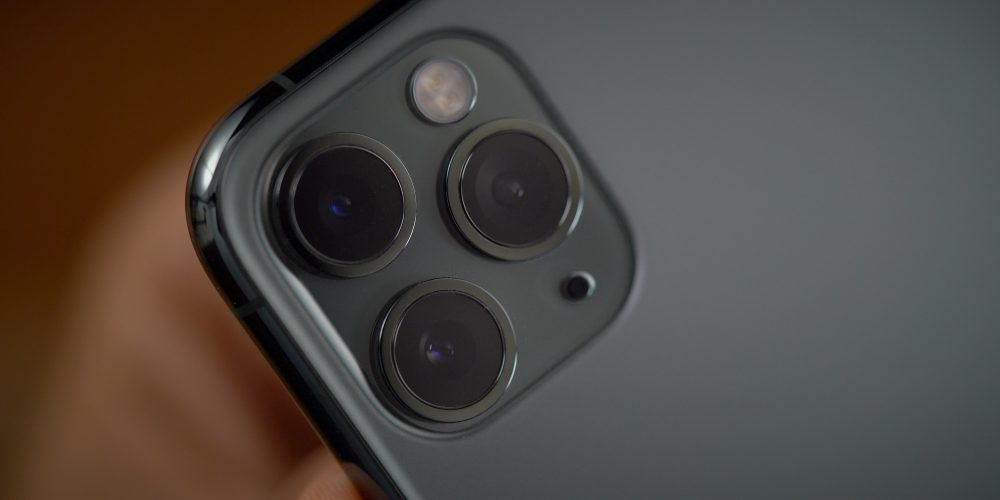 Things get a bit more interesting with the two high-end iPhone 12 models. Here, we expect a triple-lens camera system that is likely similar to the iPhone 11 Pro: wide, ultra-wide, and telephoto. But, these two iPhone models are also expected to feature a new time-of-flight 3D sensor.

What does this mean? A time-of-flight (ToF) sensor is similar to the infrared TrueDepth camera system used on the front-side of iPhones for Face ID. Adding a ToF 3D-sensing system to the back camera would enable higher-fidelity 3D photo captures, potentially opening up new augmented reality opportunities. The ToF sensor would also be more powerful and work at longer distances than the TrueDepth system due to its laser-powered technology.

In addition to augmented reality features, this ToF sensor could also improve things that rely on depth data, such as Portrait mode. Findings within iOS 14 by 9to5Mac have also confirmed that only the iPhone 12 Pro will add the new ToF sensor. 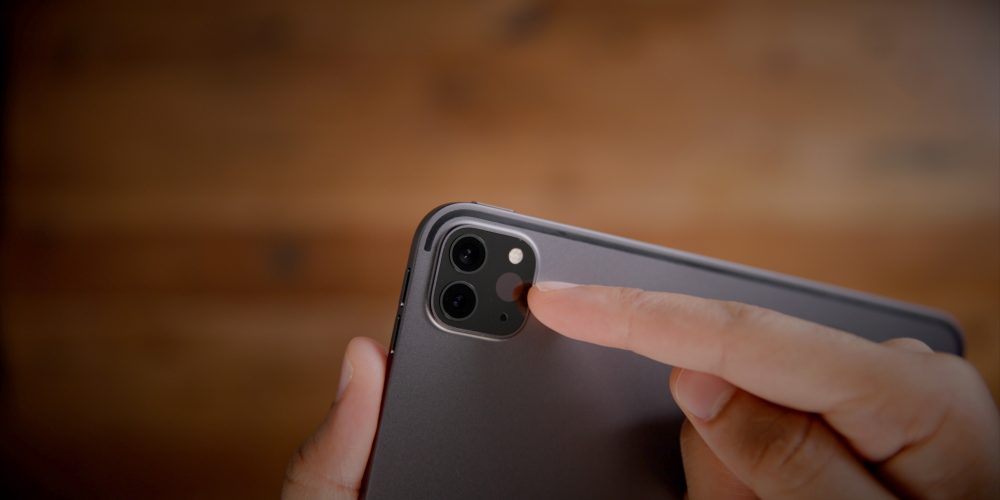 This all makes a lot of sense when you look at the 2020 iPad Pro refresh, which brought a new LiDAR Scanner for the first time. The LiDAR Scanner focuses on improvements to AR capabilities. 9to5Mac has exclusively reported that Apple itself is developing a new augmented reality app for iOS 14 that could integrate with retail stores.

One of the biggest benefits for the iPhone 12 Pro’s LiDAR Scanner, however, will be that developers are better prepared to take advantage of it given the iPad Pro’s existing availability. A leaked image also recently provided a look at how Apple might redesign the camera bump to accommodate the new LiDAR Scanner.

In terms of software, the iPhone 12 models are expected to feature everything currently available on the iPhone 11, including Deep Fusion and Night mode. It also possible that Apple has more software image processing features planned for this year, especially to take advantage of the new ToF technology.

What about the front camera? We don’t know much yet, but there is certainly room for improvement from the iPhone 11. We’ll update when we learn more about the iPhone 12’s front-facing camera. 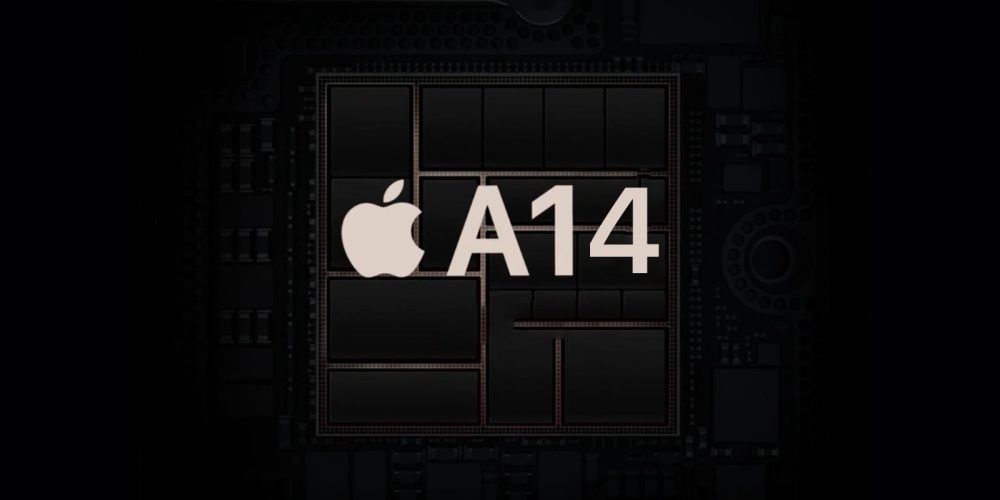 The iPhone 12 lineup is expected to feature the next iteration of Apple’s A-series processors, presumably called the A14.

According to a recent supply chain report, Apple’s partner TSMC is on schedule to start the production of the A14 processor using a new 5 nanometer process in Q2. The A13 was produced with a 7nm processor, so the A14 should be more power-efficient and faster, thanks to the 5nm process.

What kind of performance should you expect? Early estimates suggest that, when combined with the rumored 6GB of RAM, the A14 could make the iPhone 12 as powerful as the 15-inch MacBook Pro. Game performance could be boosted by upwards of 50% thanks to a special emphasis on multi-core performance.

These improvements are due mainly to the 5nm manufacturing process. You can read more details on the A14’s expected performance here.

Outside of the new A14 processor, the iPhone 12 could feature improved Face ID performance as well. Analysts from Barclays say that iPhone 12 lineup will include a “refreshed” Face ID system. What exactly the analysts mean by “refreshed” is unclear, but it could imply that Apple will upgrade the TrueDepth camera system used for Face ID with improved performance and other enhancements.

The iPhone 11 featured improved Face ID performance as well, but that was primarily due to changes in iOS 13 rather than hardware upgrades. This year, it looks like we might be in store for actual hardware improvements to boost Face ID recognition. 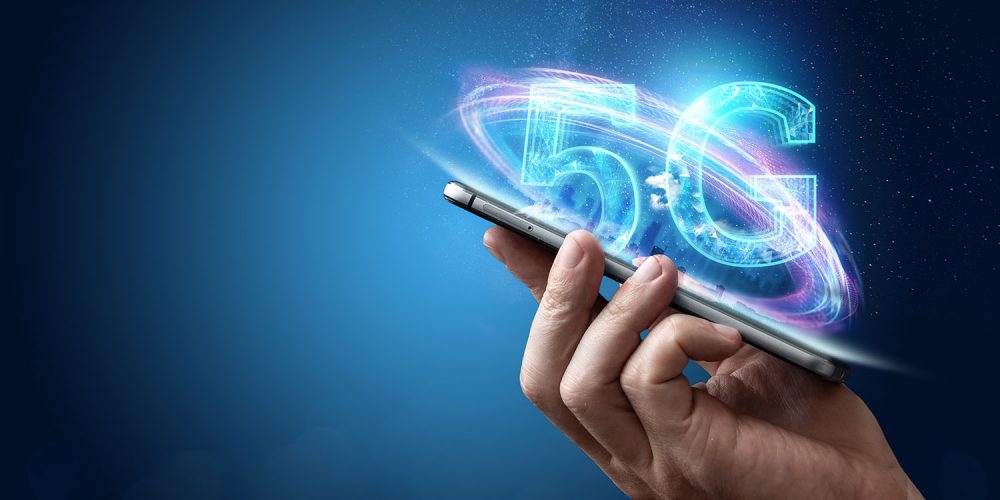 Perhaps most notably of all, all four of the iPhone 12 models introduced this year are expected to feature 5G connectivity. Despite some initial reports to the contrary, all four are expected to include support for both versions of 5G: sub-6 GHz 5G and mmWave 5G.

Different carriers around the world are rolling out sub-6GHz and mmWave networks in different deployments and on different timelines. mmWave is the technology with more impressive gigabit-like speeds, but its range is much smaller. In comparison, sub-6GHz 5G rollouts in the United States typically achieve speeds in the 100-150 Mbps range.

All four of the models will reportedly feature support for both variations of 5G, which will be useful not only for users in the United States but also around the world, where 5G rollouts are different.

While Apple is in the process of developing its own in-house modems for iPhone, the iPhone 12 is likely to feature modems from Qualcomm.

What’s important to keep in mind, however, is that Apple supporting 5G is only half the story: it also needs to be available from carriers. Although the early rollout of mmWave 5G is underway, the extremely limited range means broader rollouts beyond major cities and high-density locations are farther away. If carriers botch the 5G rollout, then it won’t be nearly as notable for the iPhone 12 to have support.

The iPhone 12 is expected to be the first iPhone to ship with iOS 14 out of the box. While Apple is usually able to keep details about upcoming iOS releases under wraps, 9to5Mac has reported quite a bit about what to expect from this year’s update.

For instance, Apple is said to be developing support for real home screen widgets in iOS 14 for the first time. There will also be a new home screen list view option, making it easier to view all of you applications at once. As we said earlier, Apple is also developing a new augmented reality retail app for iOS 14.

What to expect from iOS 14: All current evidence points to this year’s iPhone being called the iPhone 12. This makes sense given the expected redesign, which makes it unlikely that Apple will make 2020 an “S” year for iPhone upgrades. How exactly Apple plans to brand each of the four iPhone 12 models, however, is unknown.

Much like naming, pricing of unreleased iPhone models is incredibly hard to predict. Apple set a precedent in 2019 by dropping the entry-level iPhone 11 price to $699, but whether or not that continues remains to be seen.

And last but not least, there are conflicting reports about when to expect the iPhone 12 lineup to be released. The COVID-19 pandemic has caused delays in the development process for Apple, and the company is said to be “scrambling” to prevent pushing back release dates. Apple is also reportedly concerned about potential economic uncertainty, and that there might not be enough demand for high-end iPhones this fall.

Flagship iPhone models usually launch around September, with some models shipping in October, such as the iPhone XR, and the iPhone X in November. This year, Bloomberg says to expect some of the models to be released several weeks later than the usual September target, but details are unknown. This seemingly means that, as of right now, we can still expect the iPhone 12 in 2020, but just later than usual.

Check out 9to5Mac on YouTube for more Apple news:

Apple @ Work Podcast: What are your options for selling old Apple gear in the enterprise and K-12?

AirBands are Apple Watch bands designed to hold your AirPods, what do you think?

This UV-C Air Purification Mask Blocks Out the Bad Stuff

Verizon is once again giving free data to its customers